When a company decides to make a large-scale capital investment in a plant or facility, the projected economic returns are often one of the most important, if not the key factor in making the decision. However, there are several common mistakes that are frequently observed by the Muse team that distort the numbers, or make the forecast returns to be unrepresentative. It is clear that many projects have gone ahead that were either far too risky, or worse still, had distorted numbers that influenced a decision to make investments in the wrong projects.

Some of the most common mistakes that we have observed include:

In oil and gas projects, fairly often the most important call that a project team has to make is the assumption for the long-term oil or gas price. Therefore, it makes sense, when comparing two different projects, to use the same price assumptions in both projects.

For instance, drawing from our experience, we reviewed two very closely related oil & gas projects, which were due to complete the Final Investment Decision (FID) within the same calendar year. One of the very first actions in an economic review is to examine the oil and gas price assumptions used – are they realistic and representative? A good project development team would use the same price curves to be used for very similar projects. However, frequently we have found that not only were the initial price assumptions different, the price escalation used for the financial analysis was also different between the projects. Once the same price assumption was applied to both projects, the initial conclusion that Project A was better than Project B was reversed. Although both projects were ultimately economic, it was clear that the current priority was wrong, and resources were being wasted by working the inferior project more intensely than the other.

For long-term investments that span many decades, a key choice is to decide the length of the project analysis. Should the project economic model last 20, 25, or 30 years? We have often noticed different standard project durations being used in the same company – and this clearly can lead to a distortion of the results. We have also observed different economists having a different interpretation of the project lifetime – for example, some use precisely 20 years from the day of startup, some round it off to the nearest whole year, and others have even interpreted it as number of years from today (thus ignoring the construction duration).

We would always recommend that all investment economic models in the same company use the same duration so that side by side comparisons can be made. However, the correct number of years should vary by company and industry – so a power company for instance should probably use a different project duration assumption than a gas processing project relying on production from a single field.

A related issue lies in the assumption of residual value for projects that exceed the standard evaluation length. Some companies use a Gordon Growth model, some use a multiple of EBITDA or other measure, and some don’t consider it at all, thinking that because it’s so many years in the future, the discounted value is small and negligible. However, this is incorrect because there is a difference between a lowinvestment low-return project and a high-investment high-return project even though they may have the same economic return.

Fairly often, we have to consider a project that requires upgraded infrastructure elsewhere in the system to accommodate the new plant – for instance a required cost upgrade to a gas compressor to increase the capacity of a pipeline, or a required improvement in downstream off-site tanks.

It is fairly common that these distant infrastructure costs are ignored or, worse still, included in the project assumptions and inputs but never making it into the economic model structure.

In principle, all additional costs and investments have to be included in the investment economics, even if some of these costs are miles away from the final location of the plant in order to provide company management with a complete understanding of all the project costs and requirements.

Misrepresenting Capex as Opex or Leases

The measurement of an economic return on investment that one uses will be sensitive to the amount that is invested. Therefore, there is a common tendency to classify this some of the required capex as operating costs (OPEX) often in the form of a lease. Whilst this is often not the largest source of uncertainty, it can distort the comparison of two similar projects.

A related issue is working capital, particularly the “first fill” or the costs incurred of buying feedstock to put through a plant before you receive payment from it from your customers. Some companies have used the working capital valued at the selling price rather than the feedstock price, and this is a mistake as the margin is not part of your upfront investment cost. Others indeed have ignored this cost altogether!

Ideally, the economic evaluation should not center upon a single case but rather encompass a central case surrounded by some appropriately-designed sensitivity cases. The central case should therefore be a 50- 50 case, or one that is equally probable to be exceeded or undershot.

Many assumptions – for instance about markets, prices, margins, costs – have a certain amount of subjectivity in them. One marketing manager may be more or less optimistic about the volumes and prices of products that could be placed in key markets. We have observed two projects in different parts of the world with different assumptions in their models about the price margins available in the same location simply because one marketing manager was more optimistic about his prospects in Asia than the other.

On costs, some cost estimators may include different amounts of contingency or cost escalation or inflation than others. This is a particularly hard difference in assumptions to spot, as it is usually hidden in the total cost number and may not be explicitly stated.

This is a particularly hard problem to spot. Very often, the project economic model relies on inputs from other models – for instance a finance, sales or cost estimation model. Ideally, the assumptions should be consistent between them – but fairly often there are differences.

This was not spotted for several years because the marketing model and the economic model were run by two different people, and only surfaced during a detailed review when it was observed that the product margins, if projected out to 30 years, would be absurdly high by then. Correcting this mistake pushed the project from a front-runner to a middle-of-the-pack contender in the race for investment dollars, and therefore was not a trivial error.

This is only a partial shortlist of common errors that may have very large economic impacts, sometimes totaling billions of dollars, on a company. To minimize the chances of these errors being made, companies should invest in engaging experienced persons with investment economic experience to have an unbiased and critical review of the economics. Ensuring that the decisions are made with the correct quality and accuracy can save billions in bad decisions, so we believe that economic reviews by impartial experts should be carried out at key decision stages in the project development – especially at the Feasibility Stage, and obviously at the final Decide Stage where a project goes for FID. Another natural time for the economic review to take place is where a “cold eyes review” of the project design goes before an impartial and experienced design team.

Our consultants are familiar with a number of cases where extraordinarily costly errors have been made in the project economics. A good review reduces risk and ensures that the decision makers have the right information in front of them to make a good decision – and thus eventually, have a good project. 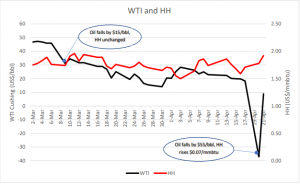 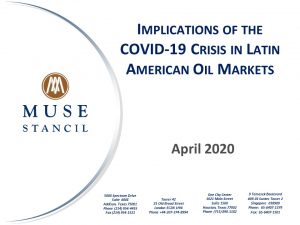